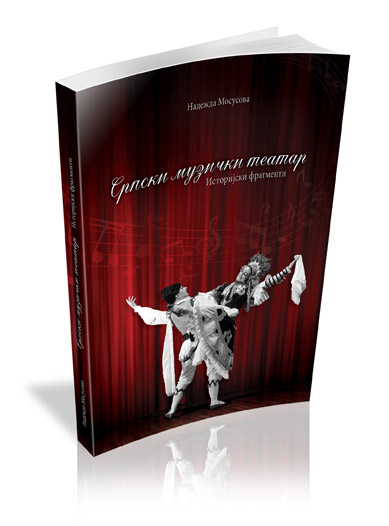 Posted at 11:08h in Uncategorized by Admin

In December 2013 our Institute published Nadežda Mosusova’s collection of articles entitled SERBIAN MUSICAL THEATER. HISTORICAL FRAGMENTS. All but one of the seven articles have been published in the last two decades, with the exception of one which is appearing here for the first time. By publishing this book the associates of the Institute wish to mark the 85th birthday of Nadežda Mosusova who was member of the research staff for 35 years (1959-1993) and who had contributed in an important way to the growth of Serbian musicology. They also hope that she will continue her research as actively and successfully as up till now.

Although small in quantity, this collection of articles is representative for Mosusova’s main areas of investigation and methodological approach. In her musicological output a special place is devoted to texts on the Serbian works for the musical stage and its most outstanding composers Petar Konjović and Stevan Hristić. Their operas and one ballet are observed not only as scores to be analysed, but also from the point of view of a musicologist seeking to explore the wider cultural context of their creation, performances on stage and duration on repertoires of opera houses. The author also writes with authority on the dramaturgical aspects, inspirations, levels of achievement, place among the works of their contemporaries. Due to her great experience, Mosusova is also a competent commentator on stage direction, choreography, stage and costume design.